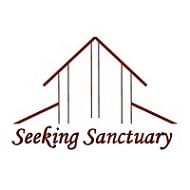 ‘Each migrant has a name, a face, and a story’ (Pope Francis)

This is the message which Seeking Sanctuary seeks to follow in our work to raise awareness over the plight of migrants who are stranded in Northern France. Founded in the summer of 2015 as the situation grew ever more critical, we campaign and raise awareness particularly over the scandal of the 800-plus children who (as at September 2016) have been stranded in the jungle in Calais.  Through keeping in close contact with colleagues in Calais as well as through our own visits, we provide objective news on the ever changing situation in Northern France and we advise on how offers of help as well as fund raising can be put to most effective use. In some cases we are able to arrange transport of much needed goods to the warehouses in Calais which sort the items for ongoing distribution in the jungle.