Caritas Social Action Network is pleased to announce the appointment of Raymond Friel as Chief Executive Officer to succeed Dr Phil McCarthy who will retire from the role at the end of March 2021 after over five years. 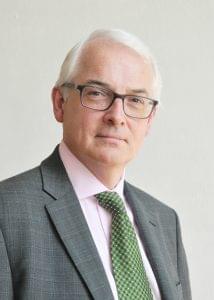 Raymond Friel was born in Scotland and, after graduating from Glasgow University, has spent most of his professional life in England. He started teaching in London in 1990 and was a head teacher in Catholic secondary schools from 2002 until 2016. He was then General Secretary of the Catholic Independent Schools Conference for two years before becoming CEO of Plymouth CAST, a multi-academy trust of 36 Catholic schools until 2020. He is a published poet and the author of several influential books on Catholic education, including How to Survive in Leadership in a Catholic School.

I am delighted to be taking up this new challenge. I look forward to contributing to this important part of our Church’s mission, which will be even more vital as our country recovers from the Covid-19 pandemic.

Raymond Friel, CEO of CSAN, was awarded the OBE in the Queen's New Year's Honours 2022.